Message from the ICC Board

Here is a holiday greeting message from the ICC Board of Directors. The message includes some of the highlights of the organization's achievements in the second half of 2016.

Dear members and supporters of the Iranian Canadian Congress,

From all of us at the Iranian Canadian Congress, we would like to wish you a joyous holiday season and a Happy New Year! We had a great year in 2016 and we look forward to the new challenges and opportunities 2017 will bring.

As we approach the end of the year, we reflect upon the accomplishments of the Iranian Canadian Congress in the second half of 2016, since the last Annual General Meeting in May. Here we are happy to share few of the highlights with you:

1)      For the first time to identify and prioritize our activities, we launched a three-month community consultation process that provided us the input for putting together our list of priority policies and shaped our position on various issues that affect Iranian Canadians ever since.

2)      During summer of 2016, for the first time we launched a successful internship program. The program provided 6 Iranian Canadian university students the opportunity to develop their skills while helping their fellow community members.

3)      Held a forum for representatives of 20 Iranian Canadian non-profit organizations which resulted into collaborations between some of these organizations and the ICC. Collaboration of the ICC with Tirgan during the summer internship program and the support provided by multiple organizations for the Simorgh Gala are two successful examples in the past 6 months.

4)      Through a successful partnership with ASL19 a first of its kind web application was developed and added to the website of the ICC for monitoring news related to Iran in the House of Commons.

5)      To highlight and celebrate the contributions of our community to Canada’s multicultural society we hosted the first annual Simorgh Gala. A prestigious and unique event participated by 400 guests including politicians and elected officials from the three major Canadian political parties and all levels of government.

6)      To encourage the culture of volunteerism and community work, as part of the Simorgh Gala we recognized 7 community leaders and activists who have dedicated their lives to build a stronger Iranian Canadian community.

7)      With the help of local volunteers for the first time in the decade long history of the ICC we have established a local team in Vancouver and earlier in December we successfully hosted a first discussion session with our community members there.

8)      By implementing a successful communication and outreach plan we have doubled our network of supporters in the past six months and significantly expanded our reach in Iranian Canadian populated cities outside of the GTA.

9)      Based on the community consultation process and our list of priority policies we planned and executed a strong advocacy campaign to urge the Government of Canada to reestablish diplomatic relations with Iran and facilitate reopening of the embassies in Tehran and Ottawa. As part of the campaign we met with members of parliament and officials at Global Affairs Canada, connected with Canadian media, and launched a formal parliamentary petition to the House of Commons that has so far received 12,000 signatures from across Canada.

10)   In the past six months over 50 volunteers have helped us in various events and initiatives. Their help strengthened the organization and helped us to achieve significant accomplishments.

How can you help?

-         Join ICC as a member and become one of the shareholders of the organization.

-         Donate to ICC and support our activities with your financial contribution.

Board of Directors, Iranian Canadian Congress 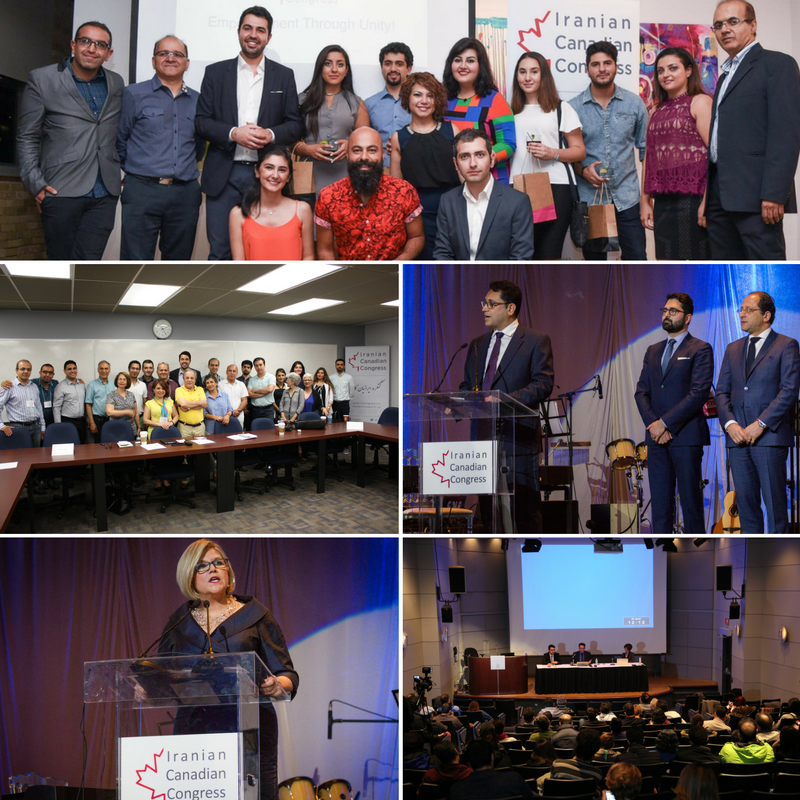