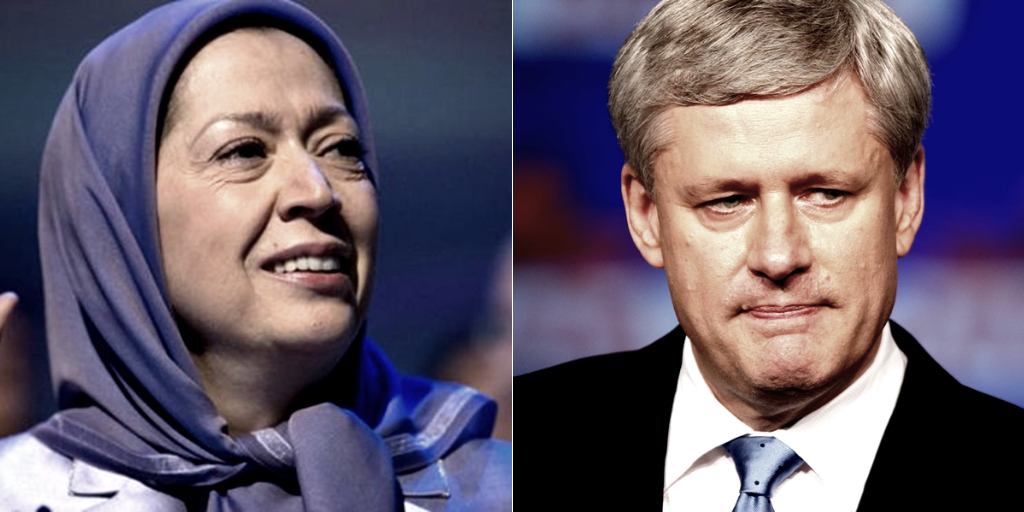 Hon. Justin Trudeau, Prime Minister of Canada and Leader of the Liberal Party of Canada

Hon. Andrew Scheer, Leader of the Conservative Party of Canada

Jagmeet Singh, Leader of the New Democratic Party of Canada

Elizabeth May, Leader of the Green Party of Canada

This July, we learned that former Prime Minister Stephen Harper spoke at a meeting of the cult and formerly listed terrorist organization Mujahedin-e-Khalgh (MeK) and their political arm the NCRI, endorsing them as a legitimate political organization.

The MeK is a deeply unpopular organization with virtually no support in either Iran itself or in the diaspora. They have not only engaged in violence against civilians in Iran and abroad, but also worked with Saddam Hussein in his brutal and criminal war on Iran in the late 80s. Throughout its history, MeK killed thousands of innocent Iranian civilians and aided Saddam Hussein in his suppression of Iraqi civilians as well. They even launched an attack on Canadian soil, attacking the Iranian embassy in Ottawa in the 90s.

Since 2003, the organization has spent millions of dollars to remove itself from terrorist listings across the world. Since its delisting in Canada and the United States in 2012, MeK has spent considerable sums on reimbursements for Canadian politicians, often to push their policies of war on Iran. This is usually done through the MeK front group the Iran Democratic Association (IDA). According to the reports from the Ethics and Conflict of Interest Commissioner, the IDA has spent nearly $60,000 over years to sponsor travels for Canadian Members of Parliament to attend MEK/NCRI gatherings. The amount paid to former Canadian politicians including John Baird, Stephen Harper, and David Kilgour, if any, are unknown.

As covered by Canadian journalists, MeK's cult practices have also harmed its adherents in Canada itself. For years, the Mohammady family of Richmond Hill have been struggling to return their two children, who were taken by the cult when they were teenagers, to Canada. There may be other families in the country who have been victims of the MeK's crimes but who have not come forward.

Canadian politicians cannot be seen as legitimizing and supporting this dangerous and violent cult which is harming Canadians and pushing for war.

As such, we ask the leaders of Canada’s political parties to condemn this cult and all of its fronts and campaigns. We also ask that no Canadian parties or anyone associated with them joins or supports MeK in their campaigns or attend their events.