The President of Iranian Canadian Congress (ICC), Dr. Moslem Noori, began the AGM session by declaring the quorum has been reached with more than 50% of members voted in the online election.

He began the presidential report with outlining 3 questions to be answered in his report: When we started? Where we are? And what is next?

Dr. Noori started with explaining the situation of ICC when the last AGM happened and how the management of the ICC was transferred to the new team:

These challenges were addressed by the board of directors one by one:

Dr. Noori continued with explaining the efforts and achievements of ICC through the last year and outlined the activities in 7 different categories:

The most important task taken by ICC was advocacy for different issues concerning the Iranian Canadian Community. He separated the advocacy efforts to two parts, the ones initiated by ICC and the ones promoted by ICC.

The advocacy efforts initiated by ICC:

At this point, Dr. Noori mentioned that only after a few hours of sending the emails to foreign minister and parliament members, he was contacted by Mr. Majid Jowhari, the Iranian Canadian MP of Richmondhill and was told that this issue is followed to get resolved as soon as possible. He emphasized that the Iranian Canadian community is united on this issue and such incident should not happen again.

On the issues promoted by ICC, there were advocacy campaigns initiated by other Canadian organizations and ICC decided to support and promote them:

The second category of activities was charity and humanitarian works. Dr. Noori outlined the efforts and as follows:

ICC president explains the efforts on charity and humanitarian aids

Art and culture is another category for which ICC hosted 3 exhibitions and produced a few podcast episodes.

ICC had many activities on the topic of mental health. Announcing sources on mental health on the mental health week, Interview with Mr. Majid Jowhari on this issue and three workshops with Dr. Gerami and Dr. Dabbagh.

On public health, Dr. Noori described the efforts to establish a temporary Vaccine clinic in Toronto and the appreciation lunch for the healthcare workers of Markham Stouffville hospital, made possible by a generous donation from one of the ICC members.

ICC president on mental health and public health efforts in 2021

On Members Relation, the president of ICC explained the two surveys done on priorities and the increase of membership fees. He emphasized that the first survey was the first of its kind in this capacity among the Iranian Canadian community. He then thanked Kayhan Razavi for his time and efforts to publish 5 newsletters last year and hoped that ICC will continue publishing the newsletters with the help and support of its volunteers. Meetings for the Persian New year, Discussion on member’s priorities and the public meeting to discuss proposed changes to article 1 of the bylaws were done and published on ICC’s YouTube channel for everyone to watch. Also he explained the reopening of ICC Forum in facebook and encouraged all members to keep the discussions around ICC and its activities. 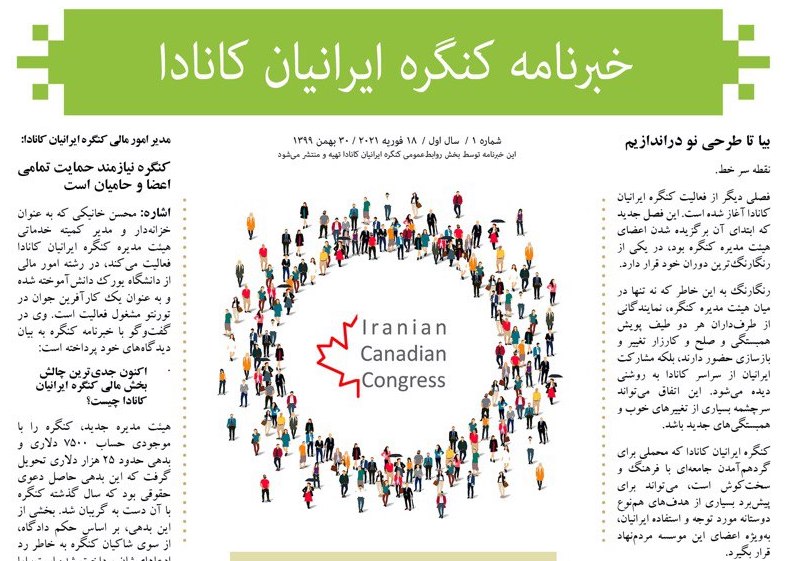 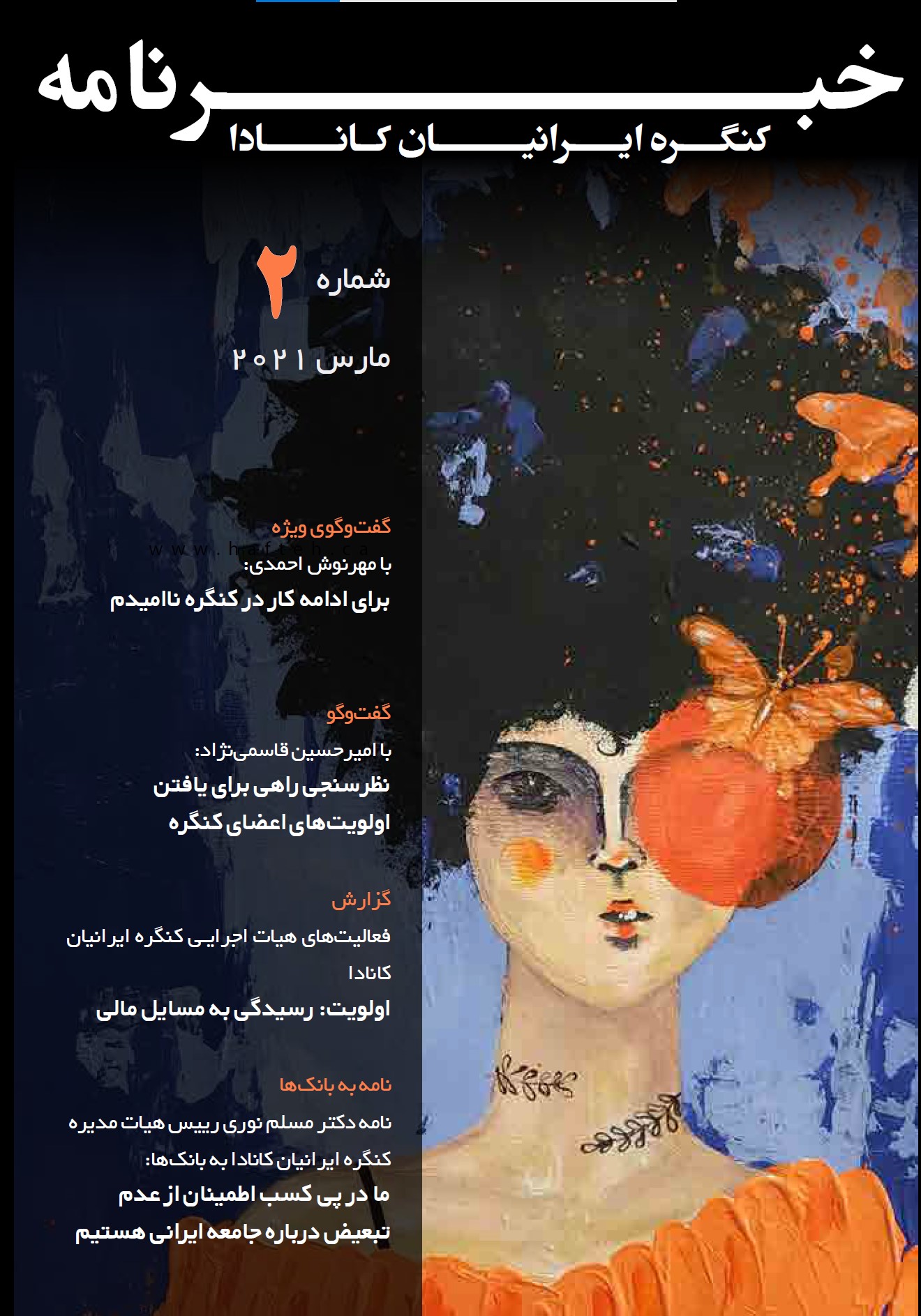 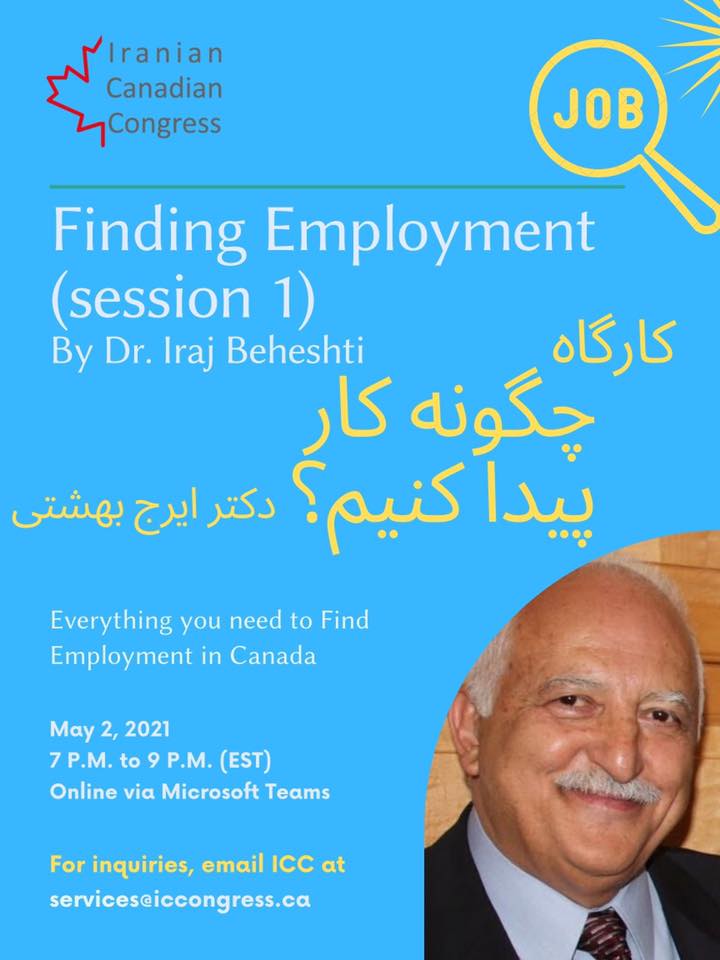 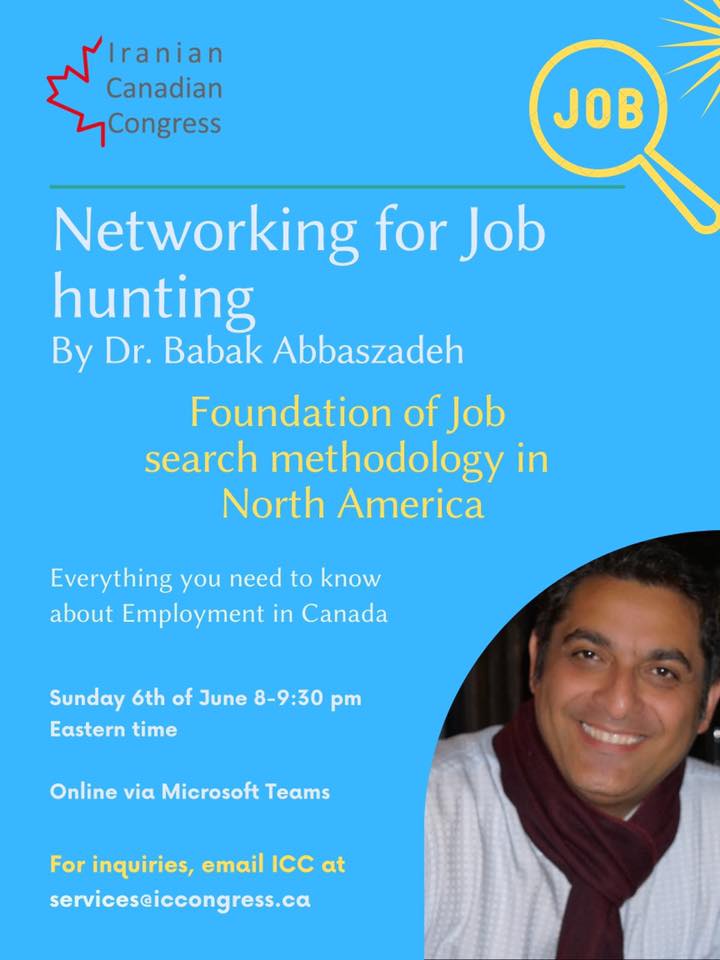 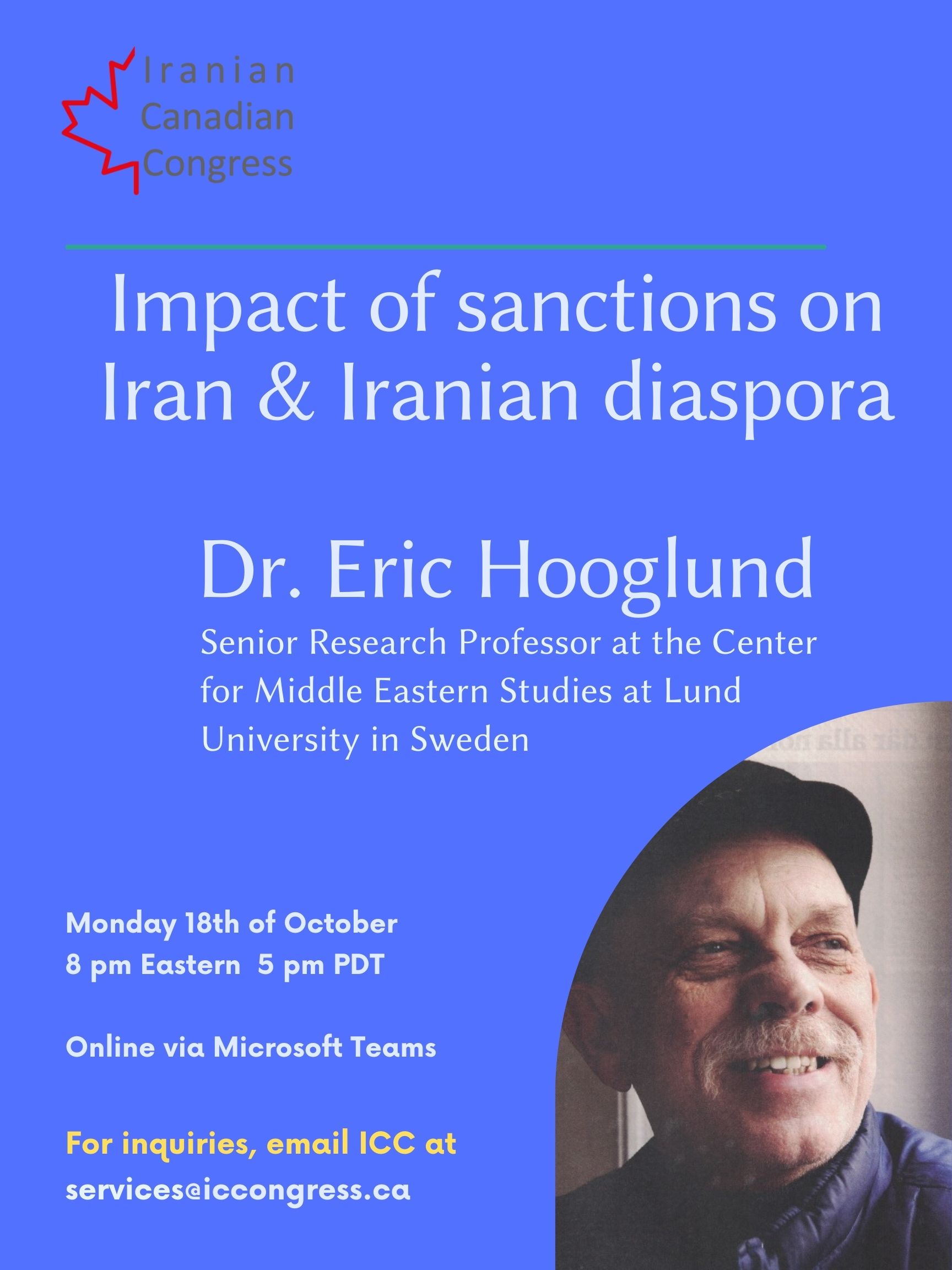 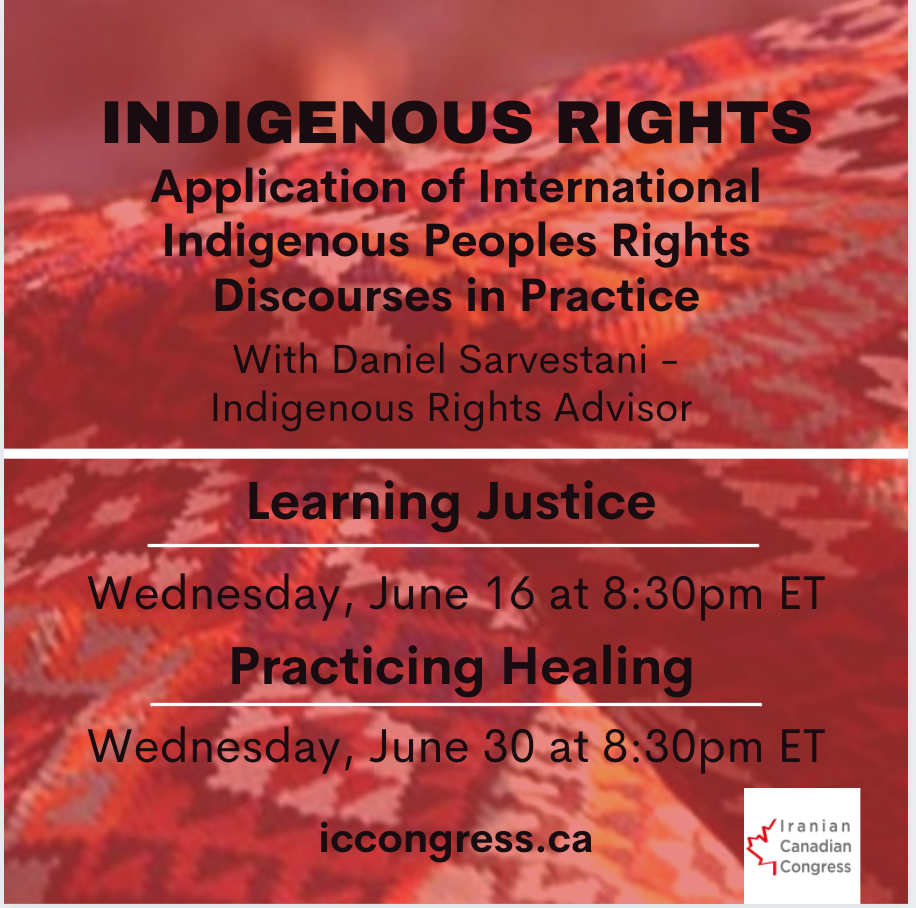 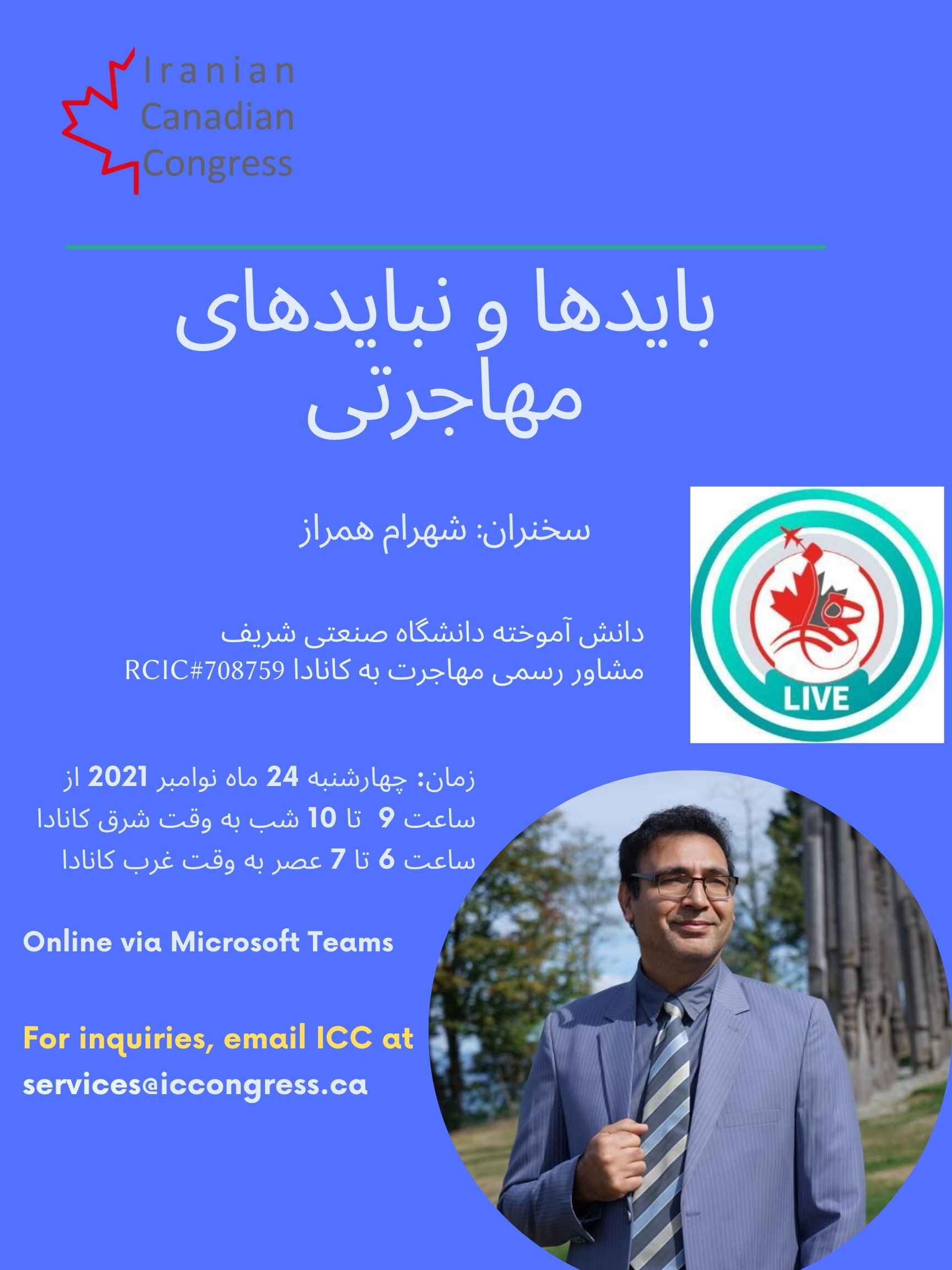 Another activity done by ICC was informing the community by using its information channels.

Dr.Noori then proceeded to explain the ICC efforts to develop a website to serve as the database for Iranian Canadian community. The website address is iccongress.net which is still in its early days, but more content will be added over time. This was the interesting part of the presentation since this was the first time that ICC released the information about this. Everyone can visit this website at the following address: www.iccongress.net

The ICC advocates for the Iranian-Canadian community and promotes greater participation in Canada's civic and political life.  We are able to do this work through the financial support of individuals like you. https://www.iccongress.ca/donate